2235 Marine Drive, West Vancouver, BC, Canada V7V 1K5    (604) 926-6614
The West Vancouver Chamber is committed to creating gatherings that are informative, relevant, and fun. Whether it is business driven, social, or governance all our events focus on the community and business of West Vancouver and our sister community on Bowen Island.

Signature events are the Leaders to Leaders series with Mayor Booth and community guests, updates from MP Patrick Weiler and MLAs Karin Kirkpatrick and Jordan Sturdy, the long run Business After Business networking socials, social events such as the Holiday Gathering supported by British Pacific Properties, plus the Business Excellence Awards.

The power of a member-driven organization is that many of the best ideas come from members who recognize an opportunity to connect and share information or ideas. If you have a suggestion, please contact us at info@westvanchamber.com

SOLD OUT!
Liberal MP for West Vancouver—Sunshine Coast—Sea to Sky Country (B.C.)
Parliamentary Secretary to the Minister of Foreign Affairs

Topic:Topic: “ Federal Budget 2016 and the highlights impacting our region. ” 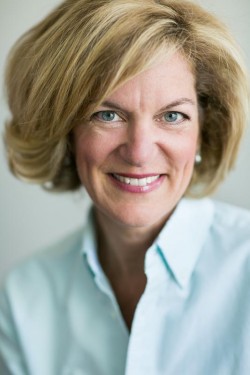 Pamela Goldsmith-Jones is a lifetime resident and former mayor of West Vancouver. She was elected in October as the Member of Parliament for West Vancouver-Sunshine Coast-Sea to Sky Country and has been appointed as the Parliamentary Secretary to the Minister of Foreign Affairs.  She is known as a bridge-builder, bringing diverse views together through her inclusive approach to the creation and implementation of public policy.  As mayor, she prioritized conservation in West Vancouver, working on projects such as the reduction of solid waste, and the restoration of the foreshore/intertidal zone, for which the city was awarded the Global Green City Award at the United Nations’ Global Forum on Human Settlements. Pam was also a key component in Vancouver’s fundraising efforts for the 2010 Winter Olympics and Paralympic Games. Pam and her husband Geoff have been married for 31 years. They have three adult children.